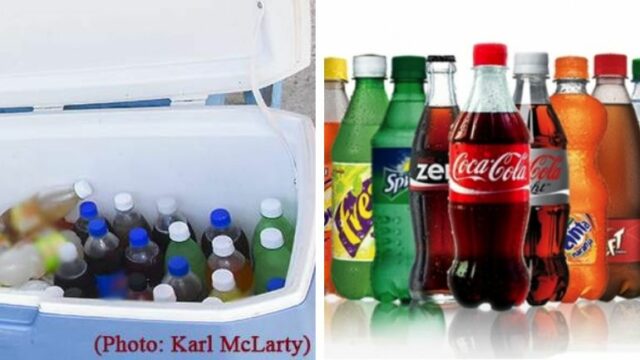 Several schools across the island are complaining that vendors who peddle their wares at the school gate are making it difficult for them to monitor their students’ sugar intake and argue further that their discontinuation of the sale of certain sugary drinks is serving to fuel the trade at the school gate.

The Government effected the Interim Guidelines for Beverages in Schools, a policy restricting the intake of sugary drinks, in January 2019. As of that date, beverages containing more than six grams of sugar per 100 millilitre are banned in and around school compounds. Further reductions in the allowable amount are scheduled to take effect over the next four years, moving to five, four, then 2.5 grams per 100 millilitre by 2023.

The move, Health and Wellness Minister Dr Christopher Tufton said, will be restricted as part of the response to the obesity crisis in the school system.

But at the ministry’s Caribbean Nutrition Day National Symposium and Award Ceremony at the Jamaica Pegasus hotel in Kingston last Tuesday, several school administrators said while their institutions have been complying with the policy, vendors persist in flouting the guidelines.

“We have approximately 10, 11 vendors outside. When you talk to vendors you will find about three persons [who] are in tune. As a matter of fact, all the vendors will say yes to you, but at the end of the day, the products are still there,” acting principal at Eltham High School in Spanish Town Gregory Allen said.

At Bethabara Primary School in Manchester, administrators reported that they issued letters to the vendors encouraging them to include healthy options in their inventory, but to no avail.

“We have been trying to implement vegetables, fruits, water day at the institution, however, the vendors are not complying,” teacher Randy Stewart told the Jamaica Observer last week.

“We have been imploring them, encouraging them to go healthy for the sake of the children, but they decide not to comply…Whatever they get their hands on they try to sell it. Anything sweet that the children may love they will buy it because the tuck shop doesn’t sell it,” he continued.

In addition to the sugary drinks, Stewart said some vendors are selling a variety of sweet snacks and candies.

“We have a candy man who occasionally comes with a bad man mentality [and] when I ask him to leave the compound he doesn’t want to comply. I eventually have to call police several times before he leaves,” he said, adding that he has been threatened.

“We have engaged them [but] they are not totally on board. Somehow, we still have a little way to go with the vendors but for the school independently, we have complied 100 per cent,” Buchanan said.

The sugary drinks restriction also applies to patients in the public health system. Tufton told Parliament that his ministry, as well as the Ministry of Education, Youth and Information, will be working with beverage manufacturers and distributors so that they can comply with the guidelines at that level.

In a WhatsApp response to the Observer on Friday, Dr Tufton said a report on the compliance rate among schools is being prepared. He also said that the strongest possible action will be taken against those who threaten school officials.

In the meantime, minister Tufton said the ministry will continue to drive its public education efforts on the subject.