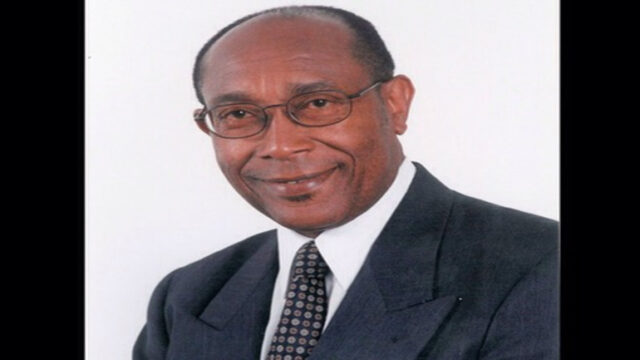 I am one that usually vilify my country when things go wrong but when things are right, I am the first to go on the mountain top and announce the good news. Here is one such news. Jamaican Scientist Dr. Henry Lowe, whose work on prostate cancer is well known, yes well known despite the shut out from the powers that be, was awarded a Patent on his cure and medicine for prostate cancer.

This is special, very special and once again proves we are as small as we want to be. Size matters only if you think small. The fight for cancer is a worldwide battle that some want to use to rake in billions at the expense of people dying. Dr Lowe’s work is from the heart, from a place where he was affected by friends and loved ones dying of cancer so finding a cure was for him a labor of love..

Let us raise little David high enough to challenge Golliath, challenge the System and challenge the status quo. The cure for cancer is not a luxury, it is a human need. No man should use this need to profit for their personal gains. Something is wrong when we let people die for money. I applaud Dr. Lowe and hope through his work many will live to enjoy the gift of life.

Renowned Jamaican scientist and entrepreneur Dr. Henry Lowe has been awarded a second patent from the world’s leading United States Patent Office on the anti-cancer activities of the ball moss. The patent was issued on May 6 and titled,” Methods for inhibiting prostate cancer by kinases and angiogenesis inhibitory mechanisms.” Dr. Joseph L. Bryant of the University of Maryland shares the patent with Dr. Lowe.

The patent states that the ball moss isolates have been demonstrated to inhibit the growth and viability of prostate cancer cells by selectively inhibiting certain types of proteins called kinases, which signals the directive for cancer cells to grow and spread. The mechanism also prevents angiogenesis, which is the growth of new blood vessels to feed the cancer tumors.

According to Dr Lowe, his passion for prostate cancer research, “is not only because it has impacted negatively on the health of family members and friends, but also because it is one of the major cancers which cause death and harm to the majority of black males, throughout the world, particularly here in Jamaica.”

Not only has he been doing laboratory and clinical work on prostate cancer with ball moss isolates and alpha prostate formula, Lowe is the lead author in the development of a book, The Prostate Cancer Guide – a resource for Jamaican men and their families, which was sold out and is being updated for a second publication.

Three years ago, at the launch of the Bio-Tech R&D Institute (which he founded) Dr. Lowe promised to develop a nutraceutical called alpha prostate formula, with ball moss as the major ingredient in the formulation. This product was developed as promised and is now being sold internationally as a nutraceutical for the management of prostate health. The alpha prostate formula also boasts the distinction of being the only such product in the world.

Dr. Lowe has published 12 peer-reviewed research papers on ball moss in leading academic journals and his discoveries and publications make him the world’s authority on this subject. He is the first person to have discovered that the ball moss has major bio-medicinal properties.