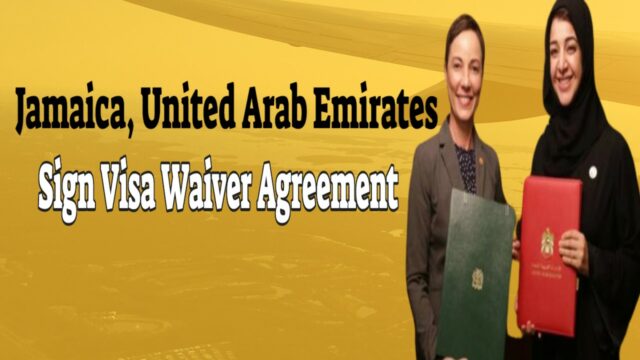 Jamaica has signed a Visa Waiver Agreement with the United Arab Emirates (UAE).

Under the agreement, holders of diplomatic and official passports will not need visas while ordinary Jamaican passport holders may apply online.

At the same time, UAE passport holders will receive a visa on entry pending Jamaica implementing an online visa system.

The disclosure was made this morning by Minister of Foreign Affairs and Foreign Trade, Kamina Johnson Smith, who posted the information on her official Twitter account.

“We started work on this during the first UAE Caribbean Forum last year,” said  Johnson Smith who is in New York as part of Jamaica’s delegation at the United Nations Secretary-General’s Climate Action Summit.

“We hope to increase commercial and people to people movement in both directions,” she added.

Jamaicans currently have visa-free or visa on arrival access to 83 countries and territories based on the 2019 Henley and Partners Passport Index.

The country is ranked 63rd in travel freedom in the index.