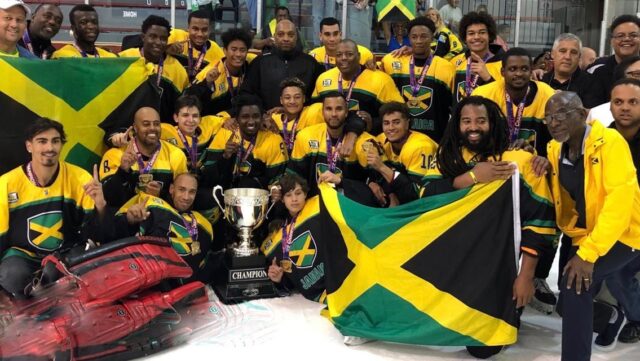 The Jamaica team beat Colombia 2-0 on penalties in the final after the match was tied 2-2 at full time; the feat earning them widespread praise led by Sports Minister Olivia Grange.

Grange, in a statement, congratulated the team for “a splendid display in which you created history”.

She added: “Jamaica continues to show the rest of the world how good we can be in sports which are not traditional to us and I really want our senior men’s ice hockey team to know how proud we are of what they have accomplished on the ice.”

Grange said the Jamaica Ice Hockey Federation must also be highly commended for the fine showing of the team.

The Latam Cup is a tournament mostly featuring teams from Central and South America. The other teams in the 2019 edition were Venezuela, Mexico, Chile, Brazil, and Argentina.

Jamaica’s team – which also beat the likes of Argentina, Brazil and Mexico in the lead up to the Latam Cup finals – is mostly comprised of players of Jamaican lineage who live and play in North America.

It’s not the first time that the tropical island, which doesn’t have an ice rink, was creating waves in a winter sport. The country is famed for featuring bobsleigh team in the 1988 Winter Olympics, a feat which inspired the cult classic ‘Cool Runnings’ movie.