ilovejamaicans.com
Home News ‘I am not a thief’ – Woman loses job after video of... 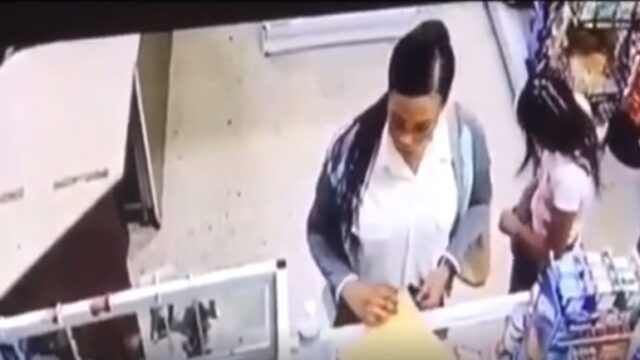 Jamelia Daniels, the woman who was seen in a video taking up a phone that belongs to a child, is insisting that she is no crook.

Daniels, a guard, is now unemployed after yielding to requests by KingAlarm, the security company to which she was contracted, to resign her job.

In the video, which has brought much condemnation on Daniels, she is seen placing an envelope on a cell phone that was placed on the counter by a child who was making a purchase. Daniels, after paying her bill, takes up both the phone and envelope and leaves the establishment. She, however, told THE STAR last night that she did not deliberately take the phone.

She said she went to the pharmacy in Montego Bay, St James, last Saturday to buy an envelope to put a phone in to send to her 10-year-old son who is staying in Kingston.

“I went and I picked up the envelope. However, when I went to the cashier, I noticed there is two envelopes in my hand and I need one, so I leave one of the envelope on the counter and went back in the aisle where I picked it up from and put back down one,” she said.

THOUGHT IT WAS HER PHONE

Daniels said it was after she sent the package off to her son that she realised she was in possession of a phone that did not belong to her.

She said she received calls that night of persons telling her she was caught on security camera stealing a phone, and that the video had been making rounds on social media.

She said she made attempts to return the phone to the pharmacy the following day but it was closed. She said that she went to the police station to see if anyone had made any reports of a missing phone, and was informed that no such reports were made. Daniels said she was accompanied by police officers to the pharmacy yesterday to return the phone.

If unnu know her, please to tell her to take back the little pickney phone