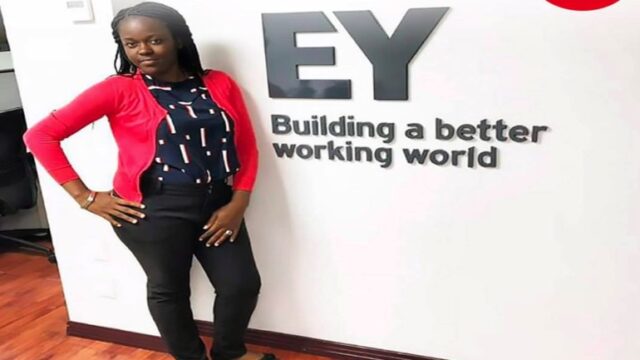 Noveter Nesbeth is defying the odds and standing tall as an inspiration in her community of Paisley Avenue in Clarendon.

The 24-year-old will, in a few months, complete her bachelor’s degree in accounting at The University of the West Indies (UWI).

A mother of one, Nesbeth’s journey towards her milestone has been far from easy. She told the CENTRAL STAR that she began assisting her parents, who are vendors, in the May Pen Market from she was nine. And by the age of 13, she got her own stall and became a vendor in her own right.

“I started going on my own when I started seeing it as a necessity to me attending school regularly and a great way to help my parents,” said Nesbeth.

“I went to school every day, but some mornings when I went to my dad [in the market], he had to borrow from a fellow vendor to give me because he had not sold enough or he just paid a bill. But he never allowed us to miss a day because of money.”

Despite selling in the market, Nesbeth refused to allow the part-time trade to consume all of her energies. She made sure to focus on her academics as she saw education as the surest path to social mobility.

She told the CENTRAL STAR that her parents also had challenges funding her sitting of the Caribbean Secondary Education Certificate (CSEC) examinations.

“I was doing seven SBAs so printing was costly, but my parents helped as much as they could,” she said.

Nesbeth sat and passed nine CSEC subjects. After graduating from Glenmuir High School in 2012, Nesbeth continued vending in the market.

“My dad asked for the assistance with the business and I enjoyed working in the business field. The surrounding vendors are my good friends. Market was like an easy option to choose,” she said.

She said that she was reluctant to apply for entry to universities owing to the number of unemployed university graduates she knows. However, one of her friends decided she needed to push on and get a tertiary-level education, and so she started the process of applying to the UWI.

“She really believed I was ready for another chapter in my life,” she said.

Determination and hard work are paying off for the future accountant. She was selected by the university to work over a four-month period for the EY Accounting Firm in Trinidad for two consecutive years.

“The only constant in life is change. Initially, I was embarrassed at being the child of vendors, but I realised that was something I couldn’t change. What I could change is not making my child feel the same way,” Nesbeth said.